Hi Fiona, tell us a little about yourself. Where are you from, and what is your history?

Hello! I was born in a city in East Java - Indonesia. I studied mass communication at university and I majored in TV broadcasting. Before becoming fully immersed in crypto, I used to work for several radio stations in Indonesia as a radio broadcaster. I also taught art and design. I have always been into art, language and culture. I think my students described me as a playful and creative teacher.

I've been in the decentralized space since 2018. I simply started with small investment, but then I figured out that the decentralized space has got so much more than just buying coins, so I began learning deeply about the blockchain technology itself, and became more and more involved.  Since then, I've worked with some crypto projects on Solana and BSC as a Community Manager .

As a kid, what were your dreams and aspirations? What did you want to grow up and be?

I've always wanted to build a school or a gallery where children around the world can come and learn for free. The school I wanted to build was not only focused on academics, but also for learning non-academic knowledge and skills that would help them succeed later in life. I wanted to be a teacher.

How did you discover Humanode, and what got you interested?

I first learned about Humanode from one of my colleagues. He was doing research on a lot of crypto projects, and Humanode happened to be on his watchlist. After being introduced, and finding out Humanode was looking for people, I got a chance to talk with Victor. He told me more about Humanode, and after learning more about the ideas and concepts behind the project, I quickly realized that this was an interesting project that was like no other crypto project that I knew about. I also realized that this might be the solution to enable real decentralization. At the time I was still working with one of the defi projects in Solana, but decided to join the Humanode team as a full-timer in January.

What is your current role in Humanode, and what challenges do you face?

I'm the Community Manager. Challenges? Uhhm.. when I first joined Humanode, I realized that I needed to brush up on my tech skills quite swiftly.  Many in our community are strong when it comes to tech, and most of the questions at the time were about running nodes in our testnet, which means I needed to get “technical” when it came to assisting their needs.  Although I can say that I have pretty good people skills when it comes to talking to people and answering their questions, but when it comes to programming, Linux commands, and trying to figure out how to pinpoint the technical issues… Well, let's just say they were not my strong points. (laughter)  However, it has  been an exciting journey and since I love learning new things and expanding my horizon, I have been learning as fast as I can!

I like the "one human=one node=one voice" principle the most.  Because come on.. there is no way I would have a voice in this world full of bots, whales and big companies. With this fairness, everybody is equal. Equal opportunities are key when it comes to building a community that is ever advancing.  Each having a voice is another key. Sure, your voice may not be in the majority all of the time, but it is important to be able to voice your view, and not have it drowned by those who are backed by money, power, and self-interest.  If we are to build a global financial system that is truly for everyone, to be used globally, and is to be owned and supported by everyone who participates, each of us truly needs to have a voice. Humanode provides that opportunity.

How do you envision the Humanode bio-authentication 5 years from now? What kind of system do you think has been developed?

I hope that it will be in a state where it is truly decentralized and private.  I also think it's very possible that Humanode's system will be integrated with a lot of other crypto projects to create secure blockchain environments that give true voice to their users.

Are there any specific types of applications that you would like to see utilize the Humanode protocol?

Nothing set in stone for me for now. I mean, Humanode is in the process of being built, and has such a huge potential with so many possibilities. There are already partnerships being built based on Humanode crypto-biometric identification, but as time goes by, I'm sure we will discover many use-cases that we haven’t even considered!

Setting Humanode aside for a moment, what do you do in your free time? Do you have any hobbies?

I paint and draw, and sometimes play musical instruments. I can play quite a few different instruments, but the one I am most confident in is the piano. I play piano classics.

What are your goals in life?

I want to be the best version of myself and help to make the world a better place.

What do you want to be doing in 5 years time, then in 10 years time?

Cherishing every moment. Building a family. Probably playing with my kids and cats & dogs. Living in a peaceful house near the mountain with a big front yard is also part of the dream.

What is your favorite food, favorite movie, and favorite rock song?

Chinese & Japanese food. I can't remember any of my favorite movies. I like to listen to Aerosmith and Bon Jovi's songs. But hey, I listen to jazz too. So, Frank Sinatra's and Michael Buble's songs are also on my favorites list.

Anything you would like to say to the community? 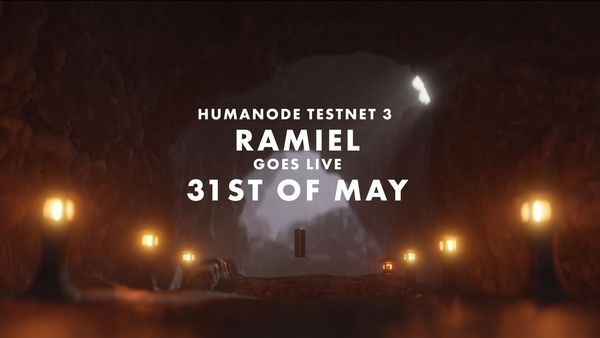 Ramiel will be the next major step towards the launch of the Humanode Mainnet, and we will be focusing on brushing up the system, moving from permissioned Proof of Authority, to a permissionless system, and bringing EVM-compatibility to the Humanode testnet. 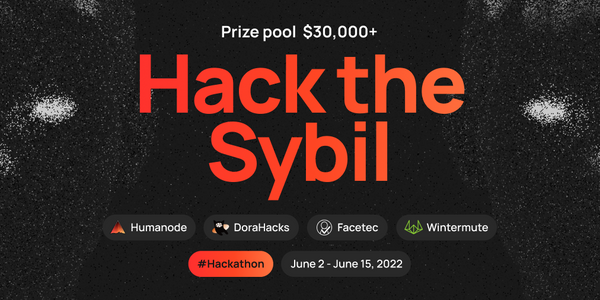 Hello, human nodes! Although there was a short delay, we are happy to officially announce the details of the Humanode Hackathon  “Hack The Sybil!” which will be hosted on DoraHacks from June 2nd to June 15th!  We are also scheduling a Demo day to show the work of the participants 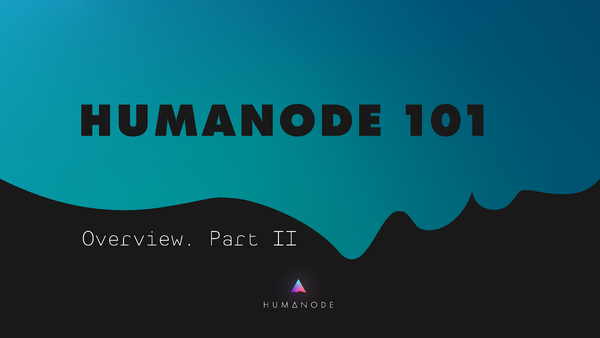 Humanode 101 series is a casual Q & A to assist those who are new to Humanode, Crypto, Blockchain projects, and/or those who at the stage that they have been around the Humanode community for a while, but are too afraid to ask questions.