The age-old fight to gain power and other resources is likely to remain part of the picture as long as we're dealing with humans. Time will tell if the distinct properties of decentralized networks, as opposed to more traditional forms of organization, are adequate to avoid a concentration tendency. Field theory, as a general theory of local social organizations, can be used to frame and analyze these processes, which is a prerequisite for dealing with their more long-term detrimental implications.

Governance in the real world (an example):

Imagine a restaurant that wishes to deliver a complete course meal to a customer. It's understandable that you'd prefer expert chefs to prepare your meals. Even in the kitchen, the chef who specializes in making the best chicken in the world may not be the best person to ask about the design and layout of your menu, the layout of the tables, the design of the interior, how to interact with customers, or the balancing of your books and marketing strategy.

We want those who know how a restaurant should look and feel as a customer to be able to make such suggestions, and those who know how to balance the books or bake the perfect chocolate cake to be able to consult with peers who have the necessary qualifications as accountants or professional experience as chefs, and propose changes that will best meet the needs of everyone. At the same time, just because someone is a wonderful chef or accountant doesn't mean we want to hand over all the keys to the vault and enable them to run the entire organization from the moment they start. Who has the authority to decide?

Governance in the Humanode Network will be decentralized from genesis and is to be known as Vortex—the Humanode DAO, a Decentralized Autonomous Organization to rule over the changes. Vortex consists of human nodes, delegators, and governors.

1.Human node—a user who has gone through proper biometric processing and receives network transaction fees but does not participate in governance.

3.Delegator—a governor who decides to delegate his voting power to another governor.

PoT and PoD are the consensus in Vortex to determine rank. Devotion in the system is valued higher than wealth. Ranks do not provide their holders any additional voting rights; instead, they are granted the capacity to make and promote other people's suggestions on important issues.

In Humanode governance, the combination of PoT and PoD means that a governor advances through the ranks based on the amount of time his node was considered governing.

A Governor must also participate in Formation, a proposal-based grant mechanism, and keep available data on the updated state of the Humanode network ledger in order to rise to a Legate or higher. Even if a governor takes part in Formation during the early days of his node's existence, they must still rule for another three years before becoming a Legate.

The two main principles behind creating the Humanode proposal system are to mitigate chokepoints and to keep up the quality of proposals. Governors can participate in every part of the system whilst other human nodes can only make proposals. Non-human nodes cannot propose directly but can be nominated by any Governor to do so. A human node cannot create more than 5 proposals at the same time. All proposals are submitted to the proposal pool anonymously.

Vortex as a DAO governing layer should provide enough flexibility and precision in decision-making, but there are still a few more changes to be made before Vortex is ready for massive, concurrent governing operations. The Fath monetary protocol should theoretically reduce the long-term impacts of devaluation, but numerous improvements must be made as we transition from transactional-based Fath to actual value creation-based Fath before the latter can be adopted. We hope that through the efforts of the Humanode community, we will be able to overcome any obstacles that stand in the way of creating a decentralized, public permissionless financial network based on Proof-of-Human Existence via biometrically encrypted human nodes with equal fee distribution, algorithm-determined issuance, and proportional emission distribution.

Last but not least, it is important to stress that the Vortex is based on 1 human = 1 node = 1 vote, and that no matter how much money or power a person has, his vote only has equal power to his peers in the system. 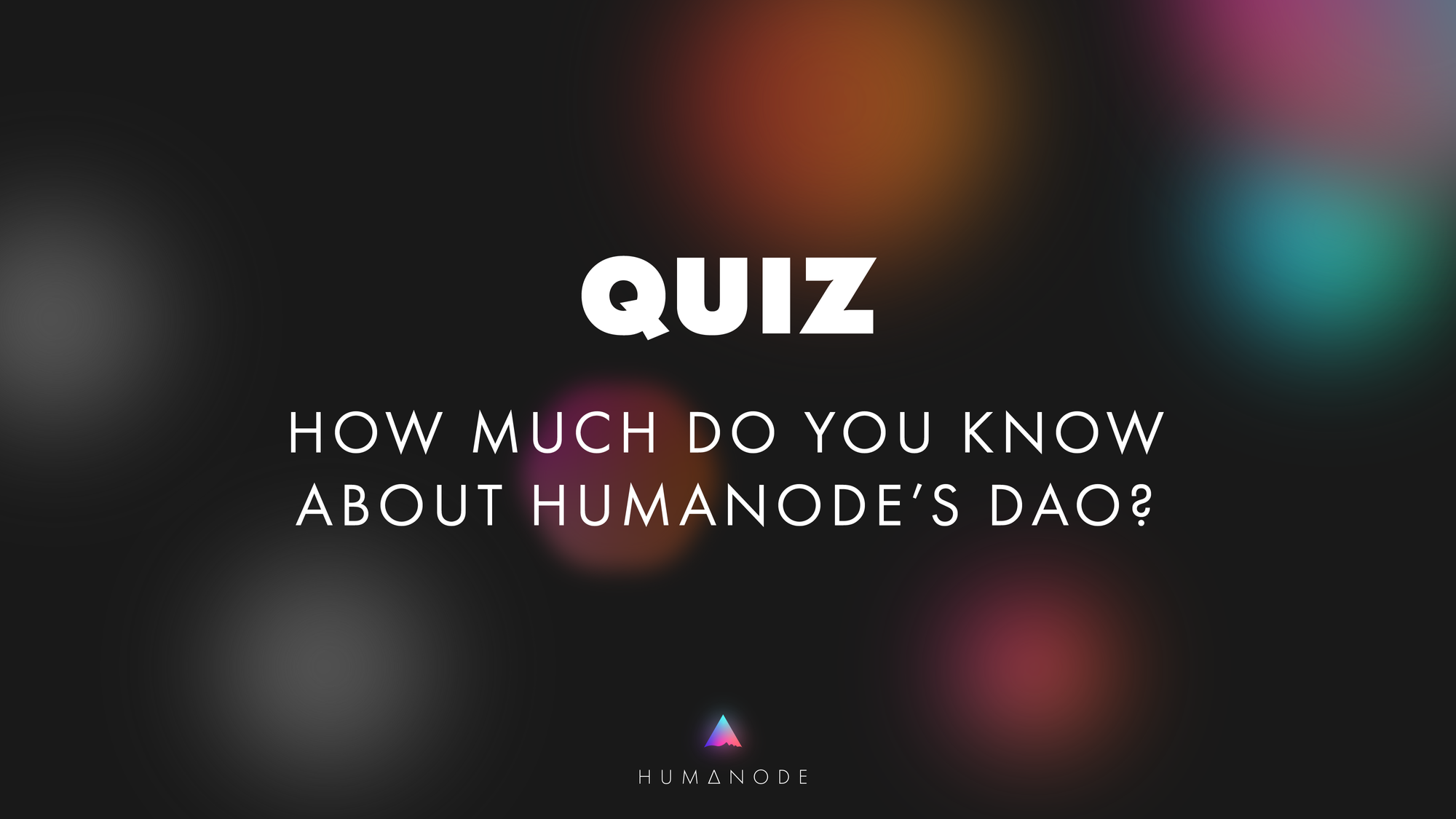 (Feb 3rd, 2023) Today, Humanode announces the start of the “Humanode Bot Basher for Discord Beta test” which will begin on Thursday, Feb 9th, 2023. With the relentless uphill battle against scams, spam, bots, and Sybil resistance being a serious issue for many Discord servers and channels, Humanode has decided

Hi there, human nodes and friends, Today we wanted to go over how the pre-onchain DAO will work and highlight several critical security measures that were put in place so that the Humanode network, during its early days, is adequately secured until it matures into an established network. All of

Hi there, Human nodes and friends! Today we are going to talk about the fee distribution and bootstrapping fund and our approach to handle them. This is a very intricate theme and there are a lot of moving parts, which will take years of empirical research to verify and assemble.